The Origin of Skin éssentials 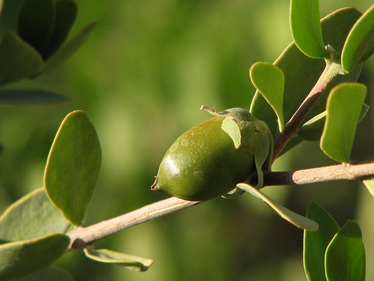 Native Americans have used Jojoba oil for centuries to treat skin wounds, but it didn’t become widely known to most of the rest of us until the 1970's. Since then, its popularity has grown due to the amazing benefits it provides. Jojoba not only moisturizes skin, which you would expect from a natural oil, but it is similar to our own skin oils, which means it absorbs readily and works for all skin types. Of course, the benefits don’t end there - Jojoba also helps tame inflammation, kill bacteria, reduce acne breakouts, heal wounds, and more. Skin Benefits in a Nutshell :
#Balancing
#Softening
#Soothing
#Rejuvenating & Regenerative
#Light and easily absorbed
#Leaves a silky feeling on the skin

Jojoba oil can be healthy for the skin in a variety of ways and here’s how our skin can actually benefit from this plant oil: